Register on our event page and stay up to date on details here and visit our Barbells for Boobs team page to read more on her courageous story and see photos here. Be sure to share and donate to this great cause. With your help we can raise not only awareness but the funds to help others find early detection!

In honor of April Golden, our hero, our survivor! Here is her story:

My discovery of this ugly thing called Breast Cancer came just 5 1/2 years after my completion of chemo/radiation for Cervical Cancer so I had learned to notice things that others might consider a slight irritation or discomfort while getting older. My life has thrown me a few curve balls and I noticed that I continuously fought with tenderness in my chest although I no longer had to face the dreaded monthly cycle that other ladies in their late 30’s early 40’s face. My OBGYN told me it was nothing on more than two occasions and I felt like I was being pushed aside and this was not going away. Now, this is not something that I found in self breast exams, because my issues were in my left breast and nothing in the right. Later, I understood that Cancer really doesn’t hurt; your body can however find other ways to alert you of the pending disease. On May 11th 2014, I drove myself to my 5th mammogram in 5 years. And after the uncomfortable stretch, pinch and pull I was asked to stay and have an ultrasound to make sure the coast was clear. The tech came in the waiting room and requested I have a few additional pics taken of my right Breast although I had no prior issues. I then became concerned. That day I watched the ultrasound tech size and mark something abnormal in my right breast, on the screen just as the OBGYN will do to determine the fetal size of an unborn child. I had never seen this done outside of my pregnancies. I asked what she had found and of course she could not tell me so I asked for the printouts to take and she stated the machine she was using had not been set up for print outs. So when she left, I pulled out my iPhone and took pics of all she had done. After her return I was asked to come in two days later for a biopsy to determine the mass and its possibility of being a tumor. After returning to complete the biopsy, I waited impatiently for the results and was surprised when they came within 24 hours. I drove to the hospital with hope that the tissue tested was nothing more than scare tissue from the numerous fibroid cysts that I had throughout the years that caused the pains that I was stressing over. As I was seated in the presence of the techs that performed the biopsies, I noticed a gentleman had sat beside me, not even noticing him enter the room. He said my name and quickly offered the diagnosis and quietly slipped away as if it were my imagination. I could not have picked him out of a line up it seemed so fast. I then faced the two techs and looked dismayed and paused to catch my breath. I think I might have said, “Oh no, not Cancer again.” They treated me with great kindness and asked if I wanted to call my husband in which my fear then went to my family. Feeling bad that for that one split second I was selfish and thought only of myself and what I was about to undergo. Telling someone who can only watch you suffer is sad and I’ve now learned of many women who have completed the majority of their treatment without telling their families anything. Some even undergoing surgery and keeping it to themselves so the family would not worry or possibly leave out of the fear of “what if you die!” But, that would be a silly thing to do when you have an amazing support system like I do! See, I’ve lost both parents to multiple Cancers and I wasn’t going to allow this seed to grow inside me any further. I was going to get a positive attitude and allow nothing but faith and happiness into my treatment plan. Speaking of my treatment plan, I can say that the words “Bi-lateral Mastectomy” never crossed my mind until I met with my 1st doctor and he said that it was my best option. Since having a tumor for the 1st Cancer, my body might decide that it’s not finished with me and I may find later that without this the Cancer might spread. I sat there helpless and told him to set a date for me and I promised to show up. And I did, this was three months ago yesterday. And I believe that it was a good decision for me. I am currently implanted with what they call expanders that are filled periodically with saline to slowly stretch the skin to a normal breast size and I will have my final surgery on October 10th, 2014. Fingers crossed that the surgery goes well. And, as for treatment with my Chemo, I finished my 12th treatment on Sept 3rd, 2014 and the PETSCAN shows no visible Cancer anywhere. With this I say God Is Good! Attached are my iPhone pics taken the day of the mammogram. 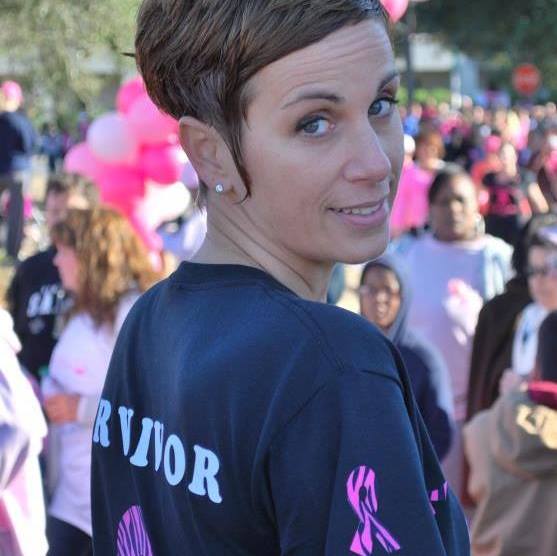 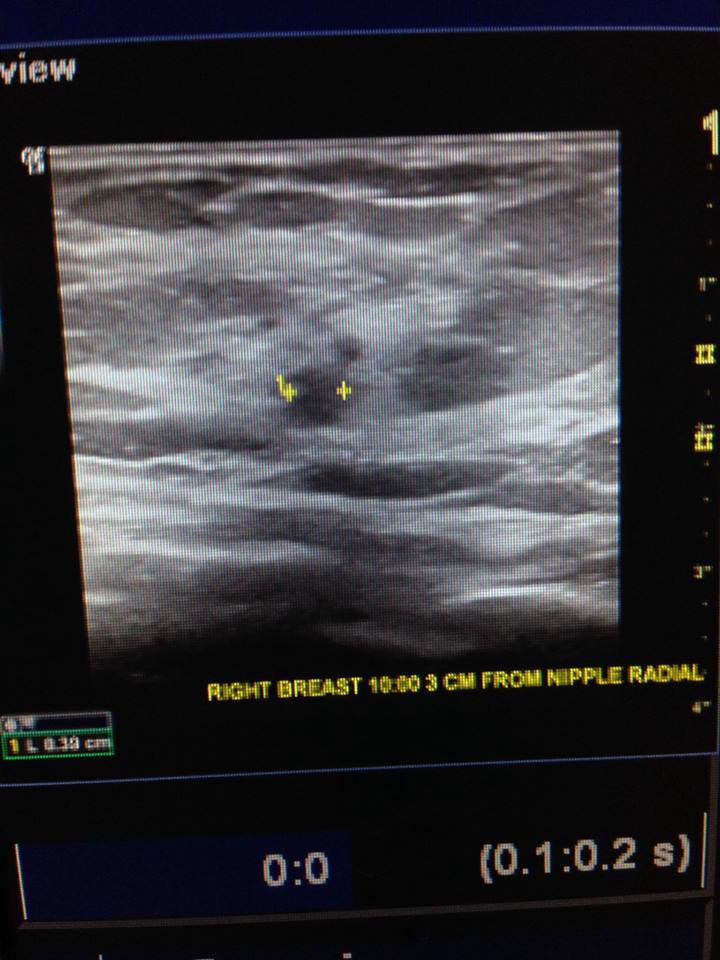 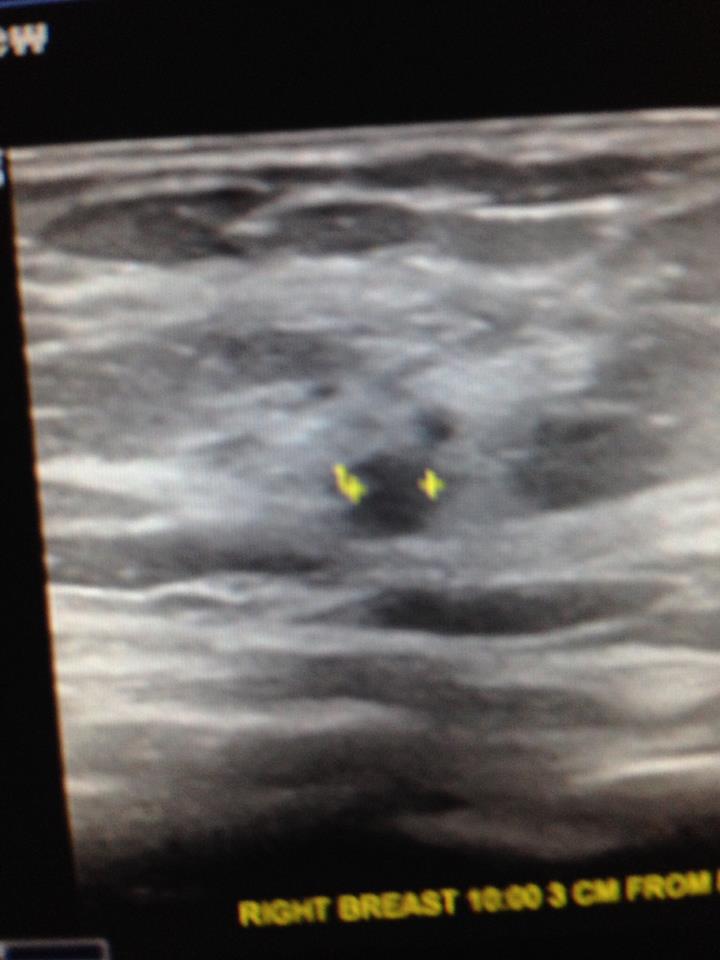 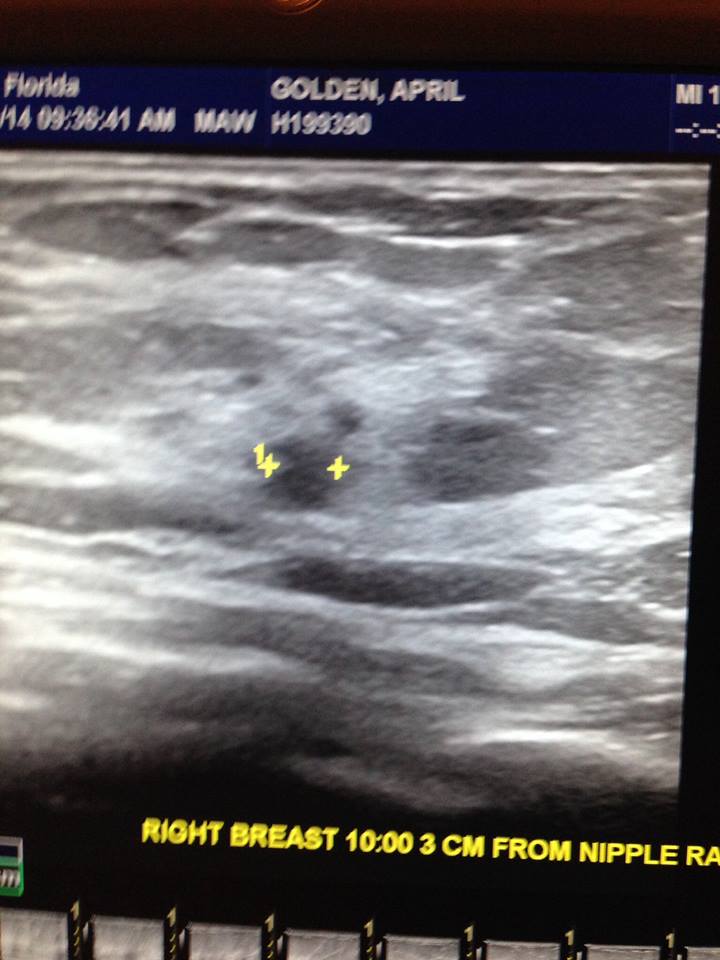